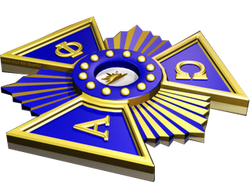 In 1984, VPI began the Affirmative Action Award which recognized people or groups for extraordinary efforts to benefit minorities, women and the handicapped.  In 1985, Zeta Beta won commendation for this award (runner up).

In 1986, thanks to the initiative of Joseph C. Ostrowski, Service Vice President, and the strong efforts of all ZB Brothers, Alpha Phi Omega became the first student organization ever to receive this award.


In 1987 Zeta Beta received a second commendation for this award. The Brothers of ZB engaged in the following projects which led to their winning of the award in 1986: